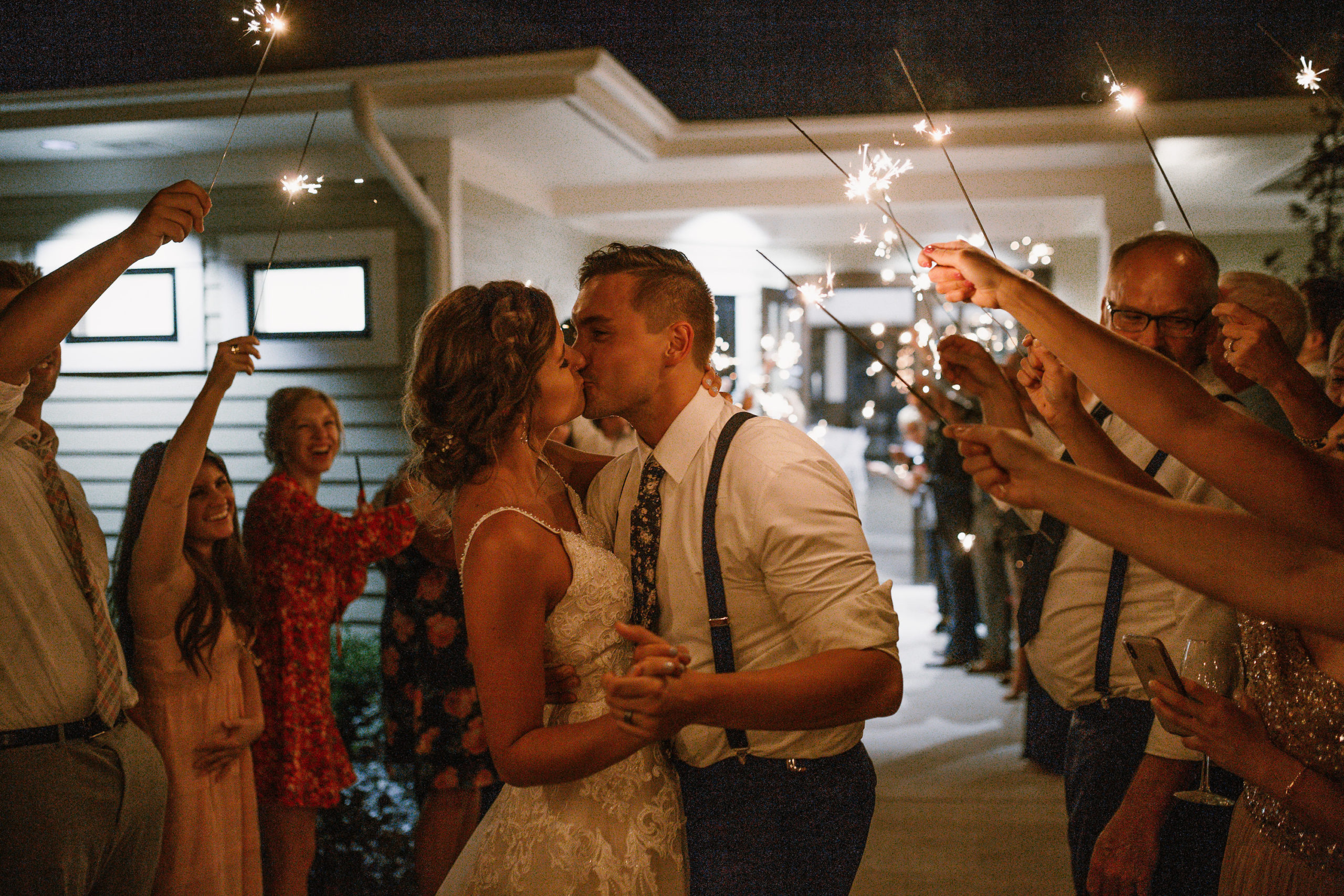 Abby and Jon met during bible study at their church. About a month after they met, Jon asked Abby out for coffee so they could get to know each other. Jon loves coffee, but Abby is not a fan. So Abby agreed to go out with him, as long as they didn’t go for coffee. About a week later, they met up for a walk around Abby’s favorite park. They talked well into the early hours of the morning and after that night Abby knew she was going to marry him. Abby prayed a lot about this. She had only known him for a short time and to know she was going to marry him so quickly seemed crazy. The Lord continued to affirm that feeling and their relationship, so a short while later they were engaged!

Jon took Abby to her favorite park, a park that overlooks the city. He had some of their friends set up their engagement, but when they got to the park, it wasn’t ready. So Jon and Abby walked around a different part of the park for 15 minutes in the snow and wind so they could finish setting up. Eventually Jon and Abby got to the spot and there were candles in the shape of a heart in the snow. Jon took me inside of the heart and got down on one knee and proposed!

Abby and Jon describe their wedding style as rustic. Some unique details from their wedding include that they had their vocalist choose a majority of the music for their ceremony. They wanted the Lord to lead her to the right music. Abby’s dad AND mom walked her down the aisle because they both played a big part in her life. Abby wore her grandpas wedding band as her something borrowed. Abby also didn’t have a maid of honor, but instead had men of honor. They had guys and girls stand on both sides.

Pray for peace and patient, not everything will go right. Invite God to your wedding, it makes a difference. It goes so quickly, don’t forget to have fun!

by Dan and Shay