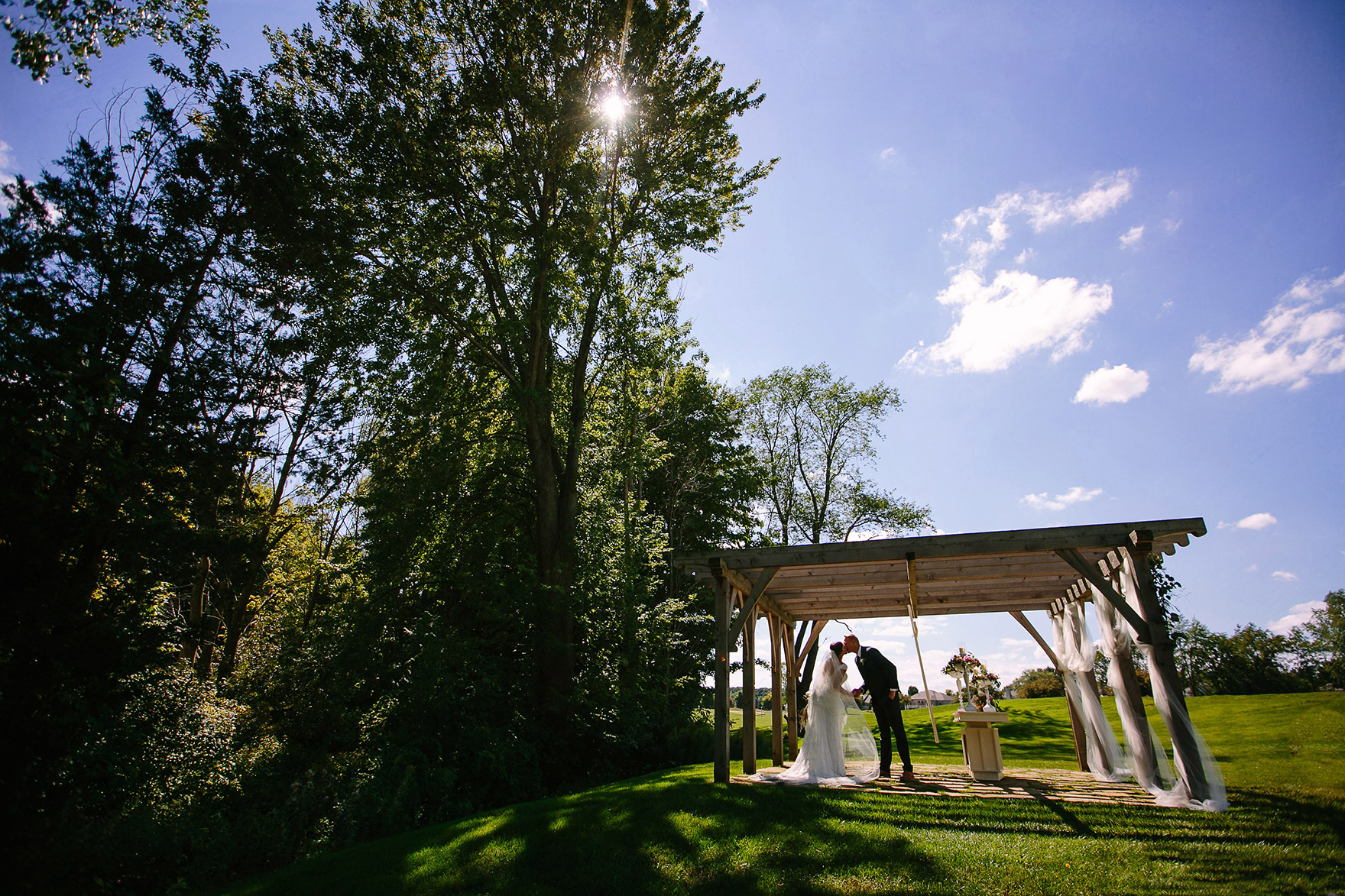 Adelyn and Michael’s story together could have begun when they were freshman in college, but when Michael first met Adelyn he decided she was out of his league. Ten years later the two bumped into each other again at a business meeting, and as they say, the rest is history.

Adelyn wrote a letter to Michael as soon as she knew he was “the one” but didn’t give it to him until their wedding day nearly a year later. For the proposal, Michael took Adelyn for a walk around Reeds Lake in early spring. She had no idea Michael had been planning an elaborate proposal. He led her to their favorite spot where he’d setup dozens of photos, hand-written notes, ticket stubs and other mementos of their relationship. Michael knelt on one knee and told Adelyn she was the answer to his prayers. They celebrated together privately for a few minutes before joining their families at Rose’s on Reeds Lake for an evening filled with excitement.

Adelyn and Michael describe their wedding style as simple, elegant and classy. Michael knew that Adelyn wanted to marry at one of the outdoor wedding venues in Grand Rapids, but that she also wanted to invoke the history and meaning of a traditional ceremony inside a church. So, one day he surprised her at his parent’s barn. Michael opened the barn door and inside were 16 church pews. He had bought out the inside of an old church — the pews, cross, communion table — and he was planning to refinish everything in preparation for their big day.