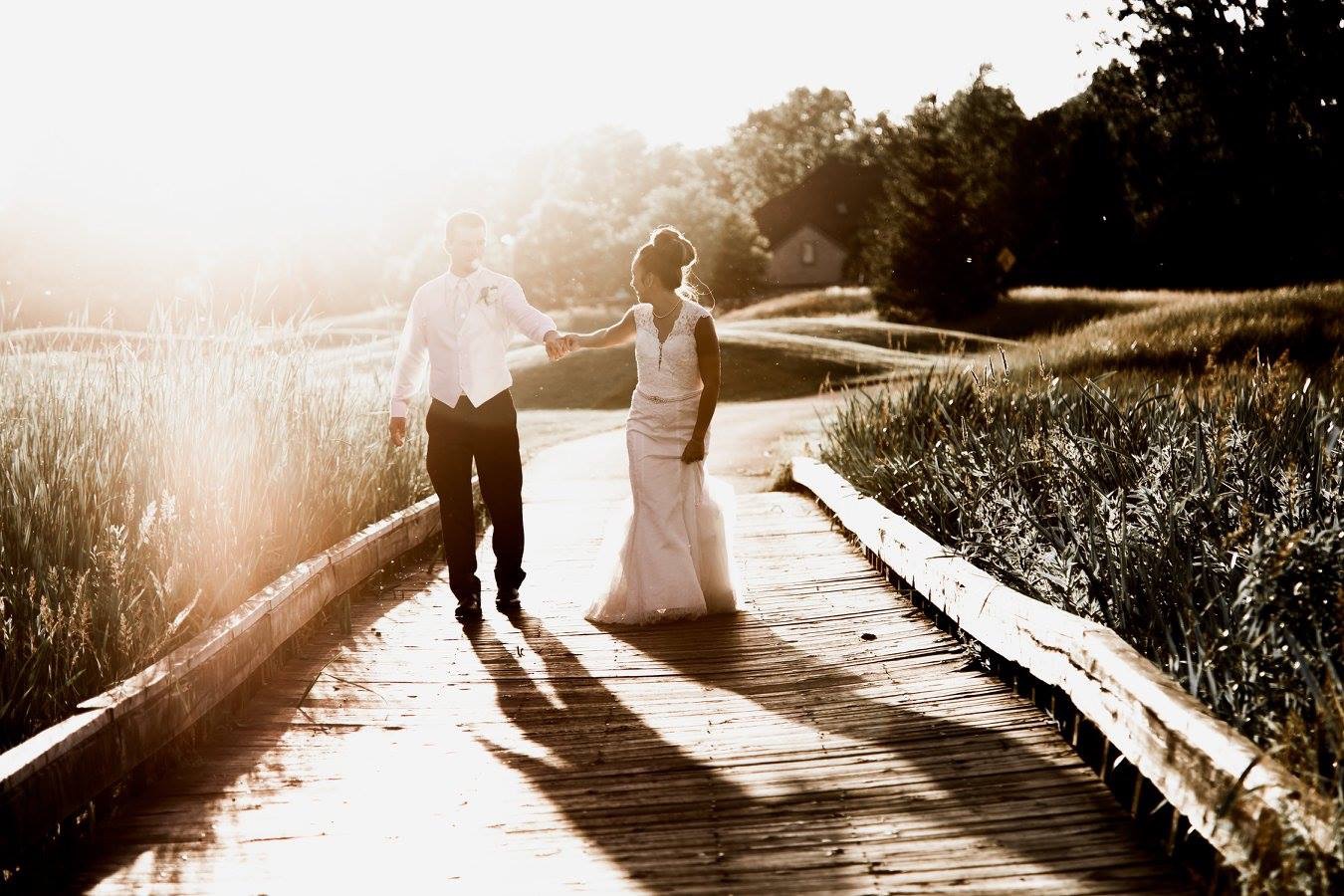 Damenick first met Joseph at a 4th of July celebration on the beach in South Haven in 2008, but it wasn’t until 2014 that they reconnected. Damenick fell in love with Joe shortly after their paths had crossed again. They were sitting on the couch together reminiscing like they had been best friends that just hadn’t seen each other in a while. They laughed, shared stories, and caught up on the time they spent apart. Damenick’s love for Joe was cemented after the first time he met their daughter, Avery. Ever since that day, Joe has treated Damenick and Avery like queens.

On Damenick’s birthday, Joe took her to, Fricano’s, one of their favorite restaurants. Fricano’s is special to the couple because it’s a place where Joe’s grandmother and his late grandfather (and best friend) “Pa” used to frequent. After they finished dinner, Joe explained that he had “left his wallet” in the car. Damenick tried to tell him multiple times that she could pay for it but Joe wouldn’t budge because it was her birthday. When he returned he tapped Damenick on the shoulder. She turned around to find Joe in dress clothes and a tie kneeling with a ring in his hand. Of course, Damenick couldn’t wait to share the news with her family and friends, but they weren’t answering their phones. On the way home from the restaurant, Joe suggested that they stop at his grandmother’s house to share the big news. To Damenick’s surprise, Joe had planned an engagement party and all of their friends and family were waiting to celebrate.

Simple and elegant. The couple incorporated a few rustic signs along with rustic centerpieces. The most unique detail was the size of their wedding party — 18 bridesmaids/groomsmen. They also reserved seats for loved ones they wished could have been there by placing a photo of the family member along with an object that represented them on the chair. The wedding was officiated by Joe’s best friend who was ordained just so he could lead their ceremony. Another close friend of the couple played an acoustic guitar and sang during the ceremony and the first dance.

“Take it all in and enjoy the day because it goes by so fast. During your first dance explain to one another how much the day meant to you. The first dance is the perfect time to get some special one on one time during the hustle and bustle of your celebration.”