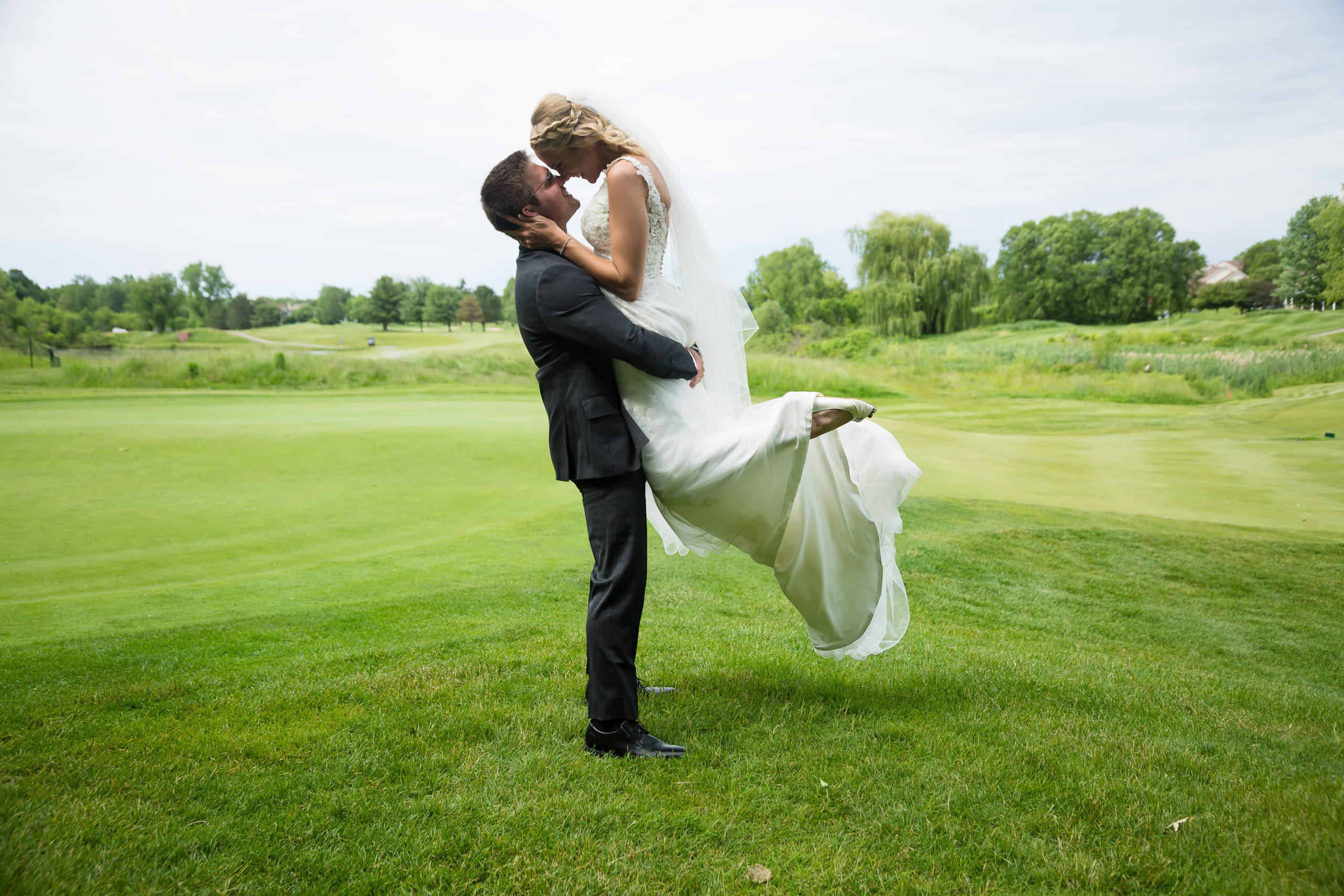 Megan and Seth were middle school sweethearts, secretly crushing on each other since the 7th grade. Their love story didn’t officially begin until after freshman year of college. Megan had a friend at school in California that wouldn’t take “no” for an answer in terms of dating, so Seth courteously stepped in to help. Seth offered to be Megan’s fake boyfriend. To appear convincing, the two started hanging out one-on-one and going on “dates” to pose for photographs. To their surprise it was really easy to pretend they liked each other and the rest is now history.

Seth proposed at their “special spot” on a dock at Reeds Lake. This is where they had our first date, first kiss, and deepest heart-to-heart conversations. On the day of the engagement Megan and Seth were on a double date walking around East Grand Rapids. When they neared the dock, Seth pulled Megan towards the closed off entrance that read, “Closed for Proposal.” In the moment Megan overlooked what the sign read, so she was very confused on why Seth was adamant about taking her to their spot when it seemed it was under construction. After giving in to his persistence, Megan saw at the end of the dock there were lit tiki torches, a small contained fire, and a police officer. The officer stopped them halfway and began questioning them in regards to the proposal, thinking that it was a city proposal he wasn’t properly notified of. Seth tried interjecting to avoid ruining their special moment, but the police officer wouldn’t stop. After a few rash questions, the officer finally put everything together and felt horrible for his disastrous interruption. At last, Seth and Megan made it to the end of the dock and he got down on one knee. After zero hesitation on Megan’s part, she turned around upon hearing cheers from behind them. To her surprise, both of their families appeared on the dock along with friends in a fishing boat on the water. They gathered all together to shoot off fireworks and release Chinese lanterns.

They would describe their wedding style as simple, but elegant. Something unique from their wedding is that they had Seth’s dad officiate their ceremony, and had real goldfish in their centerpieces.

They recommend having as many helpers as you can. That way you can relax and soak in your wedding day as much as possible. It’s one of the best days of your life, and you want to enjoy it.

by Ed Sheeran and Beyoncé