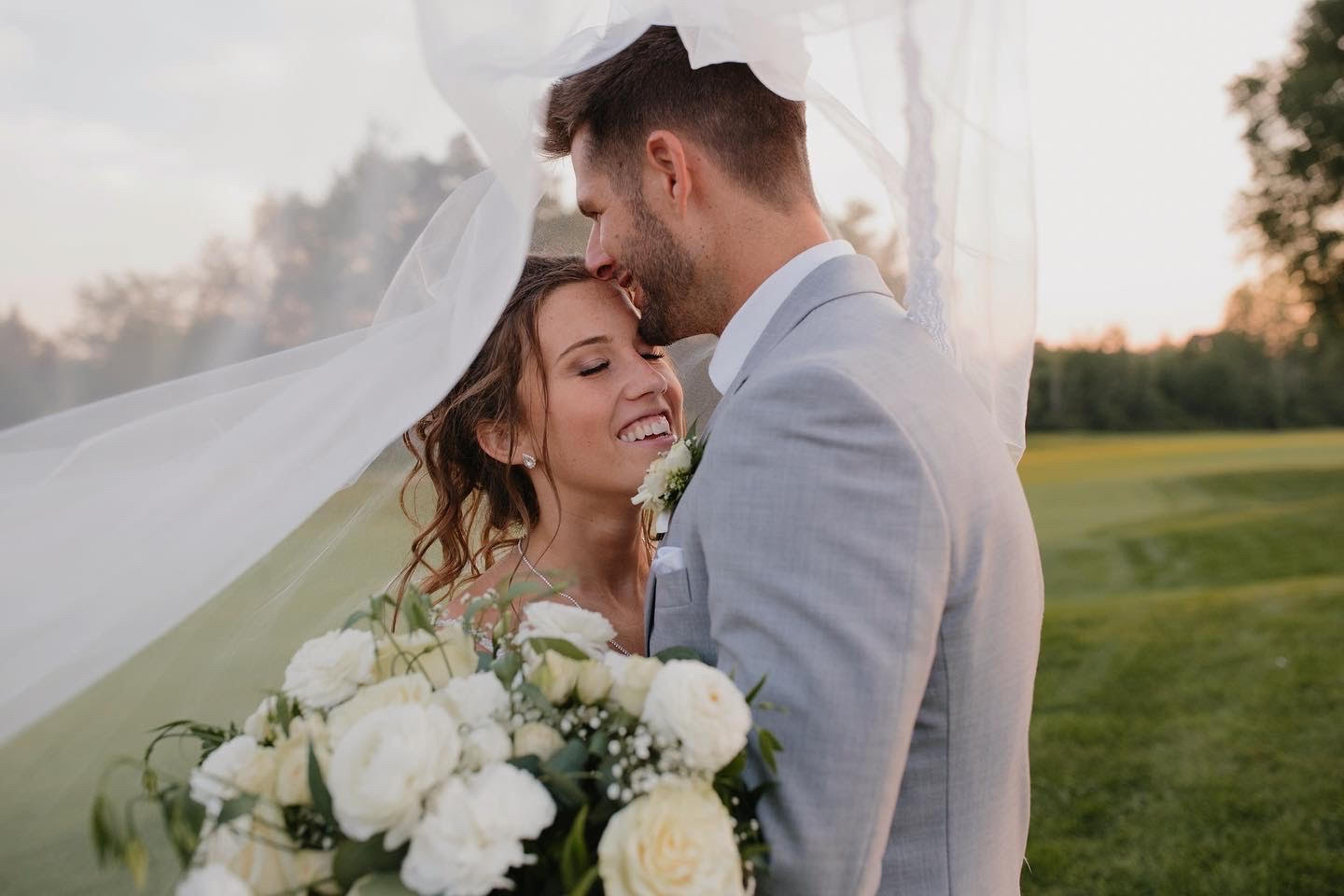 Rachael and Clayton officially met surfing in Indian Shores, FL. They had gone to the same high school, but they didn’t know each other until a group of families went on spring break together. This was a dream come true way for Rachael to meet her future husband!

Clayton and Rachael reconnected in college at Grand Valley State University, but they remained friends for quite a while. At the end of Rachael’s freshman year she booked a two month study abroad trip to Italy. They didn’t say it then, but Rachael knew she loved Clayton before she left for Italy and even more so when she saw how loving and supportive he was from miles and miles away.

When Rachael was studying abroad Clayton was the most loving, caring, and supportive man. Rachael thought “this is the type of man I would want by my side” and when she returned they officially started dating. The two discussed marriage, their wants and needs, and expectations. These conversations made Rachael know that someday she would marry this man. They are looking forward to getting to celebrate the highs and lows of life together.

Rachael and Clayton had scheduled a date night in Grand Haven (their favorite place to go together). Clayton picked Rachael up, took her to Grand Haven to spend time on the beach, took her to dinner, and then they walked to the pier. On their way back from the pier they took a detour to one of the sand dunes. At the top of the dune, there was a sheet with roses and candles. Overlooking the Grand Haven pier with the sun setting (Rachael LOVES sunsets) Clayton proposed! Afterwards he surprised Rachael with a family and friends celebration back in their hometown.

Rachael and Clayton’s would describe their wedding style as modern, beautiful, and clean. Rachael and her mom loved focusing on the little details to make the day fun and comfortable. The most unique details at their wedding were the homemade details – all of their signs, centerpieces, baskets, snack table, etc. Rachael’s mom is creative and crafty and helped make the day look beautiful!

Their advice is to enjoy every minute. The day will fly by and it is important to soak it all in. Your husband. Your family and friends. Your guests. It is going to be the best day of your life. Make the most of it!

“Making Memories of Us”