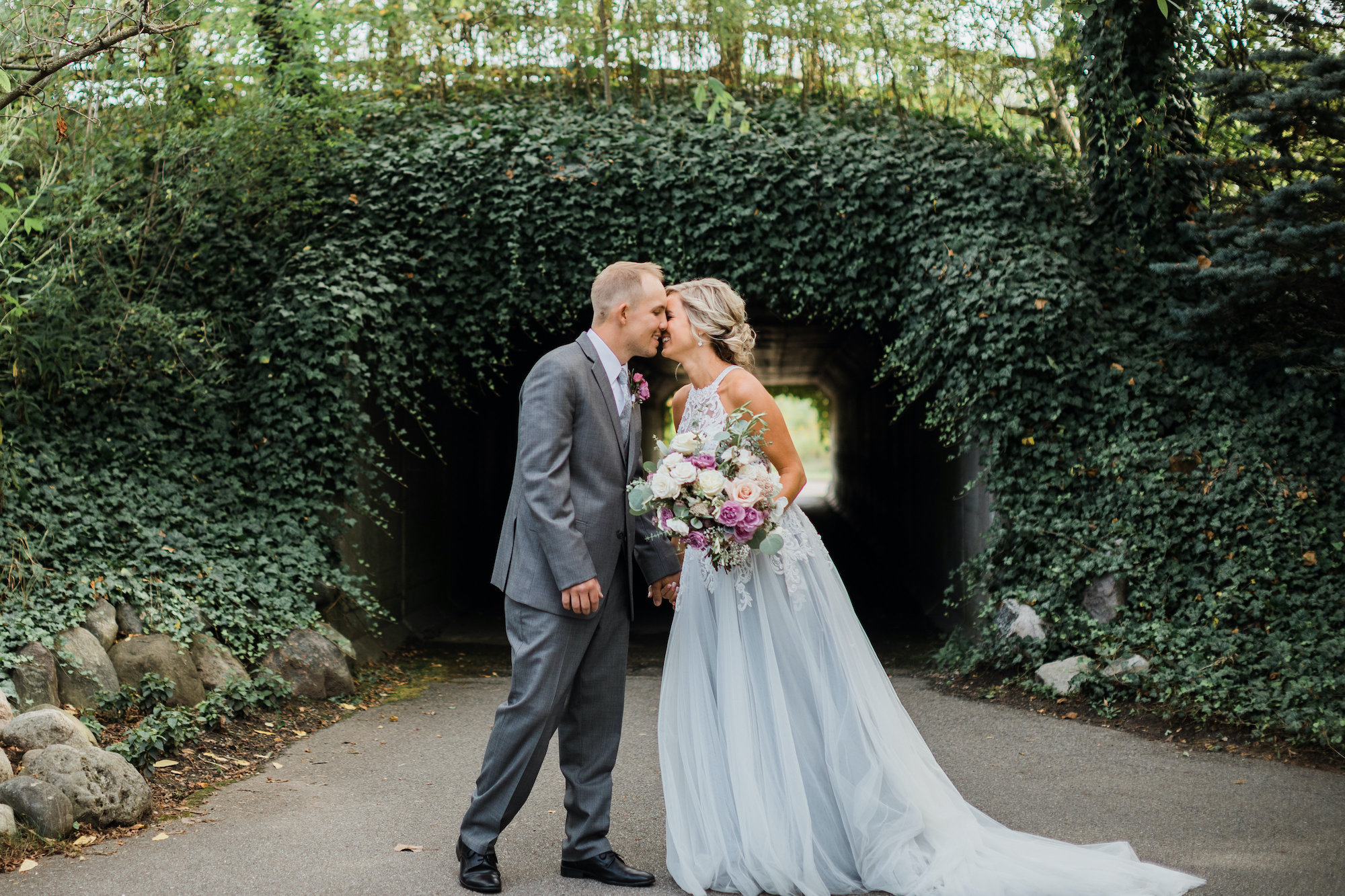 Shelby and Nate met in the summer of 2013 at the Dockside on Torch Lake. Nate was a busser boy and Shelby was a waitress. They started dating shortly into the summer they met. A year into the relationship Nate joined Shelby at Ferris State University, and shortly after graduation they started a life in Grand Rapids.

After spending so much time with one another, Shelby grew to love Nate’s personality and work ethic. She also knew he would have a great relationship with her family. Shelby and Nate are looking forward to starting their lives together and making a family of their own.

Shelby and her sisters planned what she thought was a surprise Christmas photo shoot for their parents. Nate secretly made plans with her sisters to propose during the shoot. “When Nate and I were up for our pictures, Nate got down on one knee and proposed!” said Shelby.

Shelby and Nate would describe their wedding style as simple and classy. They decorated The Union with lots of greenery, florals, and lighting. With the uncertainty of the pandemic, they postponed their wedding from June to September. Their day was just as special as they imagined it. They also had the Black Barrel Bar for their wedding bar – so fun and so unique!

Planning a wedding is tough, but planning during a pandemic definitely puts a wrench in it. Shelby and Nate’s advice is to understand plans may change, be patient, and push through the day-to-day uncertainty. Just know you will marry your best friend at the end of it all. Your wedding day goes by so fast, step back and soak it all in every chance you can.